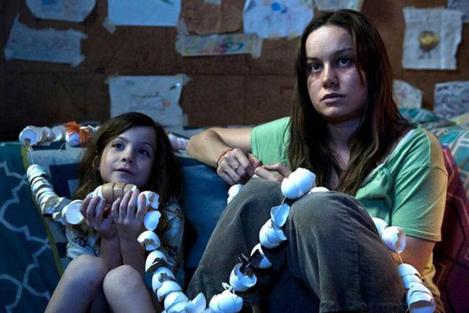 “There are so many things out here. And sometimes it’s scary. But that’s ok. Because it’s still just you and me…”

Based on the eponymous novel by Irish-Canadian author Emma Donoghue, Room follows the tumultuous journey of a young women and her five-year-old son as they gain freedom after being held captive for seven years in a single room.

Before I go on, I want to stress that this film may be distressing to some viewers due to its realistic portrayal of human cruelty and depravity; however, it is a work of art and one of the most incredible films of the decade. Its emphasis on the strength of human relationships and the strong, unbreakable bond between mother and child is truly awe-inspiring.

Brie Larson is a force to be reckoned with. Her performance is unlike anything I have ever seen. Her subtleness speaks volume as she encapsulates a woman whose youth was stolen as a result of her unlawful imprisonment. It is no surprise that she has already picked up a Golden Globe, Screen Actors Guild Award and Critics Choice Award, coupled with an Oscar nomination for her impeccable performance that has to be seen to be believed. However, one’s performance ultimately depends on their costar, and Larson’s is superb.

Despite only being seven at the time of filming, Jacob Tremblay is brilliant; the rare child star who can not only act, but be natural. The movie is told from Tremblay’s character’s perspective whose freedom is a rebirth of sorts as he witnesses the outside world for the very first time. We watch him learn as his mother teaches him both the mundane and grown-up lessons of life to make him understand their situation. It is during these moments that you forget you’re watching an actor. He has a big career ahead of him.

Room is simply movie magic. Rather than deal with the legal proceedings of unlawful imprisonment, the film focuses on the emotions embedded within relationships and the trials and tribulations of conforming to the real world. I have already seen this film twice and will be seeing it again as soon as possible. It never ceases to amaze me.

If there’s one film you have to see this award season, it’s Room. So, grab yourself a box of tissues (… or two!) and enjoy this truly astounding film.